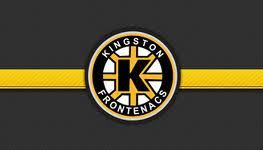 Ice hockey has been played in the city of Kingston, Ontario, as far back as 1843. Don Cherry will be quick to tell you that Kingston is the birth place of hockey. The franchise currently known as the Kingston Frontenacs, who play in the Ontario Hockey League have been in existence since 1945 and have also been known as the Canadiens and the Raiders. While Kingston hockey is rich in its history, recent history has not been very prosperous. In fact, the Frontenacs currently own the second longest championship drought in the OHL, and fourth longest in the entire Canadian Hockey League. With the last division title way back in 1995, the team (and the city) has endured season after season of disappointment. Hockey Hall of Fame inductee Doug Gilmour is now the team’s General Manager, and his vision for the Frontenacs is one of championships and pride. In order to realize this vision he has a Blueprint.

Doug Gilmour joined the Kingston Frontenacs in 2008 when he signed a three year contract as the team’s head coach. In his final season as head coach, Gilmour and the Fronts finished third in the East and were eliminated in the first round of the playoffs. After serving three years as the bench boss, he became the GM and hired friend and former Toronto Maple Leaf teammate, Todd Gill to assume the head coaching position, and Darren Keily became both assistant GM and Coach.

Prior to the 2011-2012 season, the newly formed management team held a meeting. Having suffered a disappointing playoff first-round-loss, the team knew they were losing key players such as Eric Gudbranson, Nathan Moon, Ethan Werek, and starting goalie Philipp Grubauer. The team had loaded up on veteran and older players for a playoff run and it didn’t work. Now, knowing they would be looking at a massive roster turnover, the decision was made to begin a new era for the franchise.

The first decision was to remove long standing face of the franchise GM Larry Mavety, who was replaced by his good friend Doug Gilmour. President and Governor of the franchise Doug Springer approved Gilmour’s new vision setting the blueprint into motion. They knew the process would be hard, and at times painful, but it had to be done.

It had to happen because part of the vision is not accepting seasons of modest success. Simply making the playoffs and being quickly dismissed in the early rounds, would no longer be acceptable. While junior hockey is by nature and design a cyclical league, it is possible to achieve consistency. Kingston’s consistent seasons of failure are a testament to that. Through hard work, having a strategy that holds the interest of the present and the future in focus, it is possible to consistently produce a winning product as well. 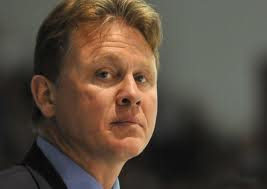 Hiring Todd Gill as the Head Coach was a step in the right direction. He brings a professional approach to hockey. He played over 1,000 career games in the NHL, and played for legends, and Hall of Fame coaches such as Joel Quenville, Mike Babcock, Pat Burns and Scotty Bowman, and he takes lessons from each and every one of them. Gill had been coaching for the previous five years in his home town for the Brockville Braves of the CJHL, which he owns and played for. Gill enjoyed a successful tenure as Coach in Brockville, and plans to continue to coach the way he did there.

“Pat Burns once told me don’t change your ways, because if you change for somebody and get fired you’ll be pissed off with yourself for not doing it your way. So I’ll continue to do it my way, and hopefully have success doing that.” Gill said.

As a rookie coach in the OHL, Gill is learning with his very young team. With the majority of his players under the age of 17, and coming from midget hockey knowing only offense, Gill says; “ You have to teach them defensive zone coverage, you have to teach them how to play in the Neutral zone,  you have to teach them so much, I try to do it in segments. For them to learn the game of hockey there are three zones and you have to get to the point where the Coach trusts that you can play in every situation.”

The Coaching staff of the Fronts, are teaching these young players much more than hockey skills. While the core group of the team may be young, Assistant Coach, Darren Keily says, “They are good kids, but they need direction to act as professionals.”
He uses terms such as respect, work ethic, commitment, and accountability to describe what the attributes of the players of the Frontenacs will learn, and demonstrate. For instance the Fronts players are active in the community as players volunteer to go to public schools and Libraries to help promote reading with young children, as well as many other community event appearances.

In the past the players of the Fronts have at times been less than professional. Former players such as Bryan Fogarty, had struggles with addiction. Fogarty’s drinking problems when he played with the Kingston Canadiens, were so well know in fact his nick name was “Tippy”, because he was always tipsy. There have been many players graduate from the ranks in Kingston. Kirk Muller, Chris and Anthony Stewart, Walt Poddubny, Chris Gratton and Bernie Nicholls are some of the more prominent names. Don Cherry is a proud “Good Kingston Guy”, and the Fronts are determined to groom future NHL players whom the city of Kingston can proudly say, “He comes from Kingston”. This past season, Keily proudly proclaimed that the team had no off-ice problems, and not a single complaint from any of the billets who house the players. No doubt this will become a trend in the future with the current regime in place.

Having a professional and experienced group lead this young team in the ways of both hockey, and life-lessons, is an important component in the blueprint. But, choosing the right players is equally important. The management group is selective in the players they are willing to draft and acquire through trade. In the past there have been situations where players had refused to report to Kingston.  Wes O’Neill was selected second overall, but decided to play College hockey instead. Last year Max Domi, son of Tie Domi (Doug Gilmour’s friend and former teammate) also refused to report. Those days are a thing of the past now says Keily. His response to reports suggesting that top prospect Joshua Ho-Sang, would not report to Kingston “100 percent false!” The Domi decision to not report to Kingston had nothing to do with the team’s rebuilding, and absolutely nothing to do with the men running the team. It was a geographical preference to be closer to Toronto. Gilmour knew Domi only wanted to play for the London Knights, but by drafting Domi he was able to trade him to London for several second round draft picks. As part of league rules, if a first round pick refuses to report to a team, that team is awarded a compensatory first round pick the following year. As a result, the Kingston Frontenacs now own five picks (two firsts, and three seconds) in the first two rounds of the 2012 Priority Selection Draft.

The Draft will be held on April seventh, and the Fronts will be heading into this draft loaded with picks, and a strategy. The next edition of “Blueprint” will focus on the Frontenacs at the draft and the players they selected.

Local TV station Cogeco produced a series on the subject also titled The Blueprint with a brief appearance from yours truly!

Who if any will upset in the first round?